Victor Central School District is located in the northwest part of Ontario County and serves portions of Wayne and Monroe counties, as well.

Making the switch to SchoolTool saved faculty time and more.

Victor Central School District (VCSD) was the first school district in New York State to move away from a client server based software to a web based system for its student information management system. But after seven years of use, they had come to a point where the shortcomings of the system were costing too much time, especially for the computer services director, data coordinator, guidance staff, and BOCES personnel.

Missing the Mark on NYS Requirements

The No Child Left Behind Act and, more recently, the Race to the Top program both require a great deal of data reporting from every state. Although there are some similar requirements with what is required, the data reported and how it is reported can vary between states.

Ideally, data is exported out of a system into the BOCES data warehouse to immediately start the New York State data reporting requirements. VCSD was finding that the data wasn’t coming out of the system in the format required by New York State.

VCSD’s Director of Computer Services David Henderson, the data coordinator, and employees at BOCES who extract data directly out of the student information system were spending a great deal of time and experiencing a great deal of aggravation reformatting the data.

You had to dump the data out of the system, pull it into Microsoft Excel, and do a bunch of massaging on it; it didn’t come out in the right format,” said Henderson. “After that it could be put into the BOCES data warehouse and start its path up to New York State. So, it was just a pain in the neck.”

Data formatting wasn’t the only time consumer for the district. Class scheduling for the secondary level (grades 7-12) was also requiring rework and taking a significant amount of time. The scheduling module from the system they were using just wasn’t up to par.

“There was a lot more hand work and therefore, a lot of time associated with scheduling students,”  Henderson explained.

“Building the schedule– putting the student into the classes they requested, it’s all a jigsaw puzzle that has to be fit together with teachers, what periods they can teach, what rooms are open, what rooms certain classes can be taught in. You hope the computer can do most of the heavy lifting with putting together the schedule automatically.”

According to Henderson the system wasn’t able to handle it effectively, leaving the guidance staff spending a great deal of time manually fixing student schedules.

Making the Switch to SchoolTool

Switching to SchoolTool changed all this. To Henderson, switching the district just made sense. He had seen others’ success with it— of the 700 school districts in New York State he estimated that about half were using SchoolTool. With the student information system being the most used piece of software by the school–used by teachers, administrators, counselors, psychologists, parents, students, and others— making a switch from one system to another takes buy- in from everyone who will be affected.

Making such a large scale change causes a certain amount of angst,”  Henderson said. “But we got to the point where we saw there were quite a few limitations with the system we were using, and it was worth it to move forward.”

Meetings and demos were set up with all the constituents involved to outline the capabilities and benefits of SchoolTool, and after about five months, everyone decided it was worth it to make the jump.

They knew the transition would take time because the system they were using had its roots as a flat-file database. This meant if a person filled several roles in the school district (teacher, parent, and emergency contact for a neighbor’s child, for example), the database required three separate entries (name, address, phone number, etc.) and updates had to be made in each place – often not consistently. During the transition, the data was exported from the old system and was reconciled. Once the clean data was in SchoolTool, relationships were built that defined the roles the person had, and any changes in the information going forward could be made one time only. This was another time saver for the VCSD.

Reconciling the data took about a month before training began. Training for registrars was done first, followed by guidance staff. Training on SchoolTool continued over the summer for the remaining staff, and everyone was ready to start the new school year with the system. 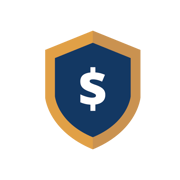 One of the immediate benefits Henderson noticed is that New York State data requirements are always up to date.

“SchoolTool, being sold only in New York state, does a fabulous job of keeping up on state data reporting requirements and making sure their product can meet those requirements fairly easily,” he said.

In addition, VCSD found that student scheduling for the secondary level became much less time intensive for the staff.

“SchoolTool is considerably easier to use and does a much better job scheduling students into classes. It is a big time saver for the guidance staff,” Henderson said.

Scheduling isn’t the only feature that saves guidance staff time. SchoolTool’s assessment dashboard offers the ability to import data from other sources, such as AP, SAT, RCT, grade 3-8 math and English scores, or user- defined scores. In the previous system, there was nowhere to add this information, and teachers or guidance staff would have had to look in the student cumulative folder to see the scores.

With SchoolTool, the ability to include these additional data points and see them all together through the dashboard gives teachers, counselors, and even parents an overview of how a student is doing academically.

“The time savings and the ability to see a child’s entire academic record in one spot are the biggest benefits for us,” said Henderson.

“We are very happy with the transition.”

See SchoolTool in action with a personalized demo.

We’ll give you a brief overview of Mindex and SchoolTool, take you through the platform, and answer any questions.